skip to main | skip to sidebar

God as a Word 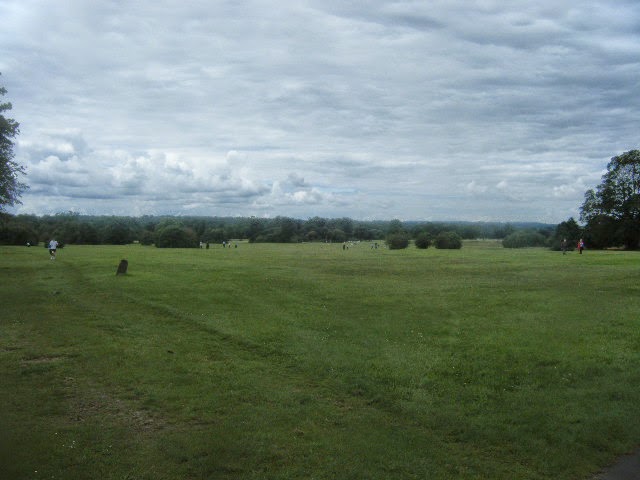 If 'God' is just a word, do I mean by that it is only poetic? Well not quite. What I mean is that it can't be thought in terms of denotation (or even its supposed opposite connotation). An idea means something, which then has a reference to reality. Such a reference might be tortuous (which is what connotation is), but in the end it does refer to something. In Kant, for example, the idea of God has its ultimate reference in the subject. The word, however, does not denote or connote. It is not a reference, but a practice.
Posted by Braingrass at 1:40 PM

A word names a thing, but it not that thing; rather, it is the absence of the thing. As Mallarmé famously writes about the flower.

I say: a flower! and outside the oblivion to which my voice relegates any shape, insofar as it is something other than the calyx, there arises musically, as the very idea and delicate, the one absent from every bouquet.

So words have a way of maintaining the absence of something they name without at the same time as negating them. When Blanchot says that in literature the word 'cat' does not mean cat, he does not mean that it is something else, rather it isn't anything at all. What it denotes is ambiguous and indistinct, and this is what happens to language generally in literature. When I say that what it denotes is ambiguous, I do not mean that it has a ambiguous denotation, which can, in a second moment, be made clear and distinct, but that ambiguity ruins its denotation. The consequence of this is devastating. It would mean that every interpretation is false. There can be no truth of literature. As soon as we say literature means this (and for 'this' substitute any interpretation that stands outside of the text, like, for example, Kafka's The Trial is about modern alienation), then we have betrayed its unsettling absence. I imagine literature as a rat eating away at the heart of sense.
Posted by Braingrass at 2:35 PM

A Religion of Ethics 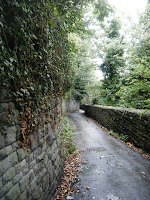 You can have a religion of ethics that is not a religion of morality, but it is really difficult to separate them out, and the closest I have come to say what it might mean is that in the religion of ethics God is a word and not an idea. The greatest difficulty is not distinguishing between a being and an idea, but between an idea and a word. Of course words and ideas are in some sense inseparable, but it depends on what one concentrates on. A word is not just an expression of something, it is also a performance, a ritual and a relation to others. It is the speaking rather than what is said that is the important thing.
Posted by Braingrass at 12:36 PM

Beyond Morality: Levinas and Ontology

It is one of the most important lessons to take from reading Levinas  that it is not directly about morality; that is to say, it has nothing at all to do with values. This does not mean that there is no relation between ethics and values, but it is not a foundational one. I do not think this is unique to Levinas. I would say the same about the Stoics, Spinoza or even Heidegger and Deleuze. Do not confuse ethics with morality. One way of making this explicit is to say that ethics is ontological. This might appear a curious statement in relation to Levinas, since one of this books is called Otherwise than Being, but one should be reminded that the source of his work is an explicit critique of Heidegger and more specifically Being and Time, which could have been called Ethics and Time. Some say this book has no ethics, but for me it is a profoundly ethical book, if one thinks ethics is about how one lives one's life, as the Stoics and Spinoza explain, and not about making judgements.  Because Levinas is writing against this ontology (which is an ontology of specific kind), he calls what he does an ethics beyond being, but I would say that it is another way of doing ontology (a kind of neo-Platonism) rather than against ontology completely.
Posted by Braingrass at 1:19 PM 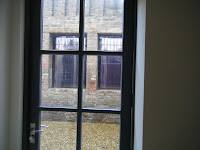 God is not a being. This is your beginning point. If this is so, then atheism rather than the opposite of theism, would be its highest expression. Or perhaps we need to speak of two kinds of atheism. One is an ontological atheism that is repeated in an age when God is dead. But the God that dies here is the God of being, a God that is no longer required by science and philosophy, and whose death, therefore, is only the end of a certain way of doing science and philosophy that famously no longer requires this hypothesis (a God that died in the pages of Kant's Critique of Pure Reason, and certainly did not need Dawkins et al. to kill it off). What would the other atheism be? It would be a moral atheism, atheism redoubled and intensified. It would be more than the assertion that we do not need God for science and philosophy, but that we do not need God for our values either. It is this God that is murdered for the second time by Nietzsche, and this murder is far more frightening and unsettling than the rather tame euthanasia of the God of science and philosophy. What happens when the second God dies? Do we know what this means?
Posted by Braingrass at 9:58 AM

God as a being is transcendent and exterior. Its fundamental metaphysical avatar is substance, and it has a long history from Aristotle to Descartes. The God of the idea is immanent and transcendental. Its avatar is the idea, and it has its beginnings in Kant. Both these Gods are declared dead by Nietzsche. The transcendent God, because being is becoming, and the transcendental one, because morality is Will to Power.
Posted by Braingrass at 8:52 AM

Atheism and theism are not opposed to one another but belong together. Each theism has its own atheism, and every atheism its own theism.
Posted by Braingrass at 11:15 AM